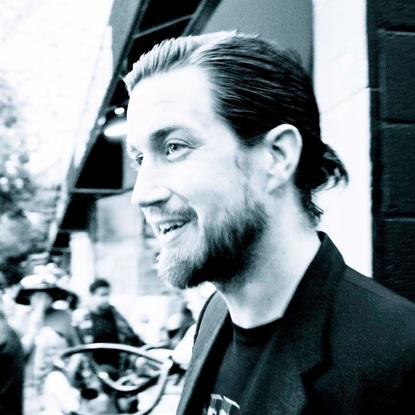 Artist Bio :
Matt is a Salt Lake City artist from the Guthrie Artist Studios - located downtown at 158E 200S, in SLC, Utah. These historic studios have inspired many of the city's notable artists, and have served as home base to Matt's creative work since 2009.

Matt’s expressive illustrative style not only evokes feeling, it pops with color, characters, nature, and storylines that keep the viewer returning to the art again and again. A sense of place, community, and of home, is found frequently in Matt's work, as well as multicultural artistic influences, ideas, and philosophies that rubbed off from a childhood spent growing up in places such as Okinawa, the UK, Germany, and the Philippines. Matt is an avid hiker, naturalist, and explorer - and a lover of wild Utah. This also heavily influences his work.

**Affordable prints and full-scale reproductions are available for sale for many of Matt's pieces. For more info, Matt can be contacted at mattmonsoon@gmail.com.
Powered by